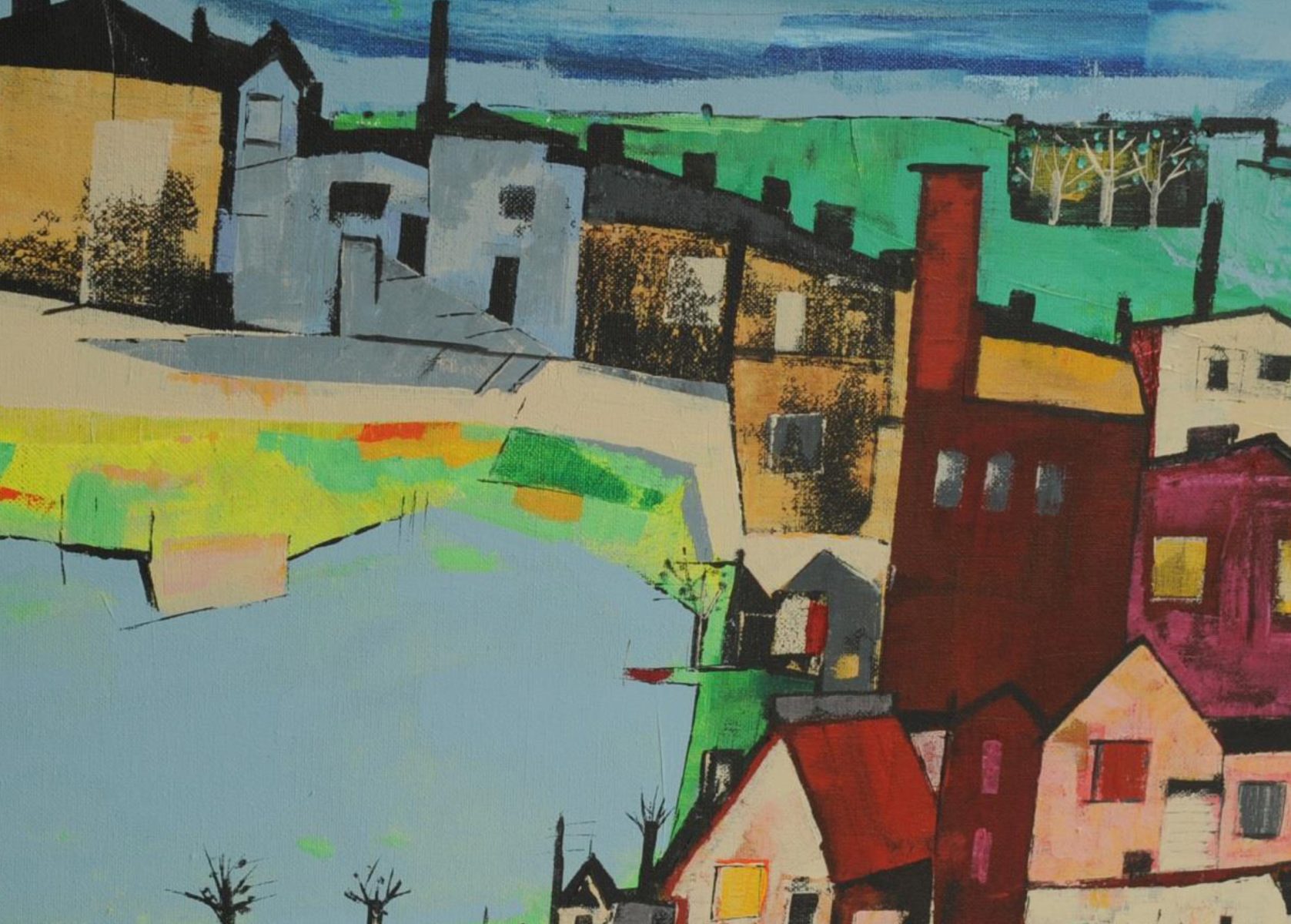 This issue has an all-female panel of guest editors.

The three writers who edit DC 28 bring varied gifts to this task: surrealist poet, visual artist and life-long York resident Helen Burke, who writes with a sense of fun and the occasional jab of poignancy; sharp, clever London novelist AL Michael who has two novels, including one exploring what it means to be 20-something, underemployed and with student debt; and American-born PhD student Christina Thatcher, based in Cardiff, who writes well-crafted beautiful poems. The one rule: if an editor really wanted to include a certain piece, even if the other two disagreed, in it went: thus each editor has added her own specific brand on the issue. Most pieces were selected unanimously. This suggests DC 28 will appeal to a broad range of tastes. Including mine! As one who has lived and worked in the Caribbean, one story especially touched my heart.

The featured artist Amrik Varkalis arrives via Ails McGee, thus continuing Dream Catcher’spartnership with Greg and Ails of According to McGee, the vibrant art gallery in York City Centre. Amrik is deeply interested in Yorkshire landscapes, saying, “When creating a composition based on local scenes, I feel intimately connected to each Yorkshire landscape and its people.” The lush blues of Below the Reservoir, this issue’s cover, speak of winter: curling up under the fleece throw, with a warm drink and a good book.

The power and presence in the artwork chosen to be featured was found throughout the gallery show on display  at According to McGee, (Feb 1 to March 1 2014). Although all the artists whose works were shown are female, Ails was mindful to avoid clichés, saying, “There’s not a butterfly in sight. Seriously though, it’s a strange limitation to put on women artists that they’re only allowed to be intuitive and instinctive.”

Few short stories or poems were selected because they were written by female authors or specifically about women. One theme that runs through this collection might be youth: its joys; its loss; or younger peoples’ lack of jobs, money, experience, but with presumably years ahead of them. In several pieces, there is the theme of marginalisation (Up in Smoke); or of danger: the wolf at the door, the unescapable wolf, perhaps a malignant partner (The Flood; The Invisible Woman Discovers Body Glitter). If there is a theme, it’s not a feminist theme per se, but one that celebrates women and men, the life cycle, getting on with it, and that friends can be our dearest treasures.

The book reviews celebrate the work of a range of writers: celebrated Yorkshire poet Pat Borthwick, edgy, brave and honest Kate Tempest, and then a selection of pamphlets: the egalitarian way to enjoy poems in measured doses. A review of Paul Sutherland’s latest collection rounds out the reviews.