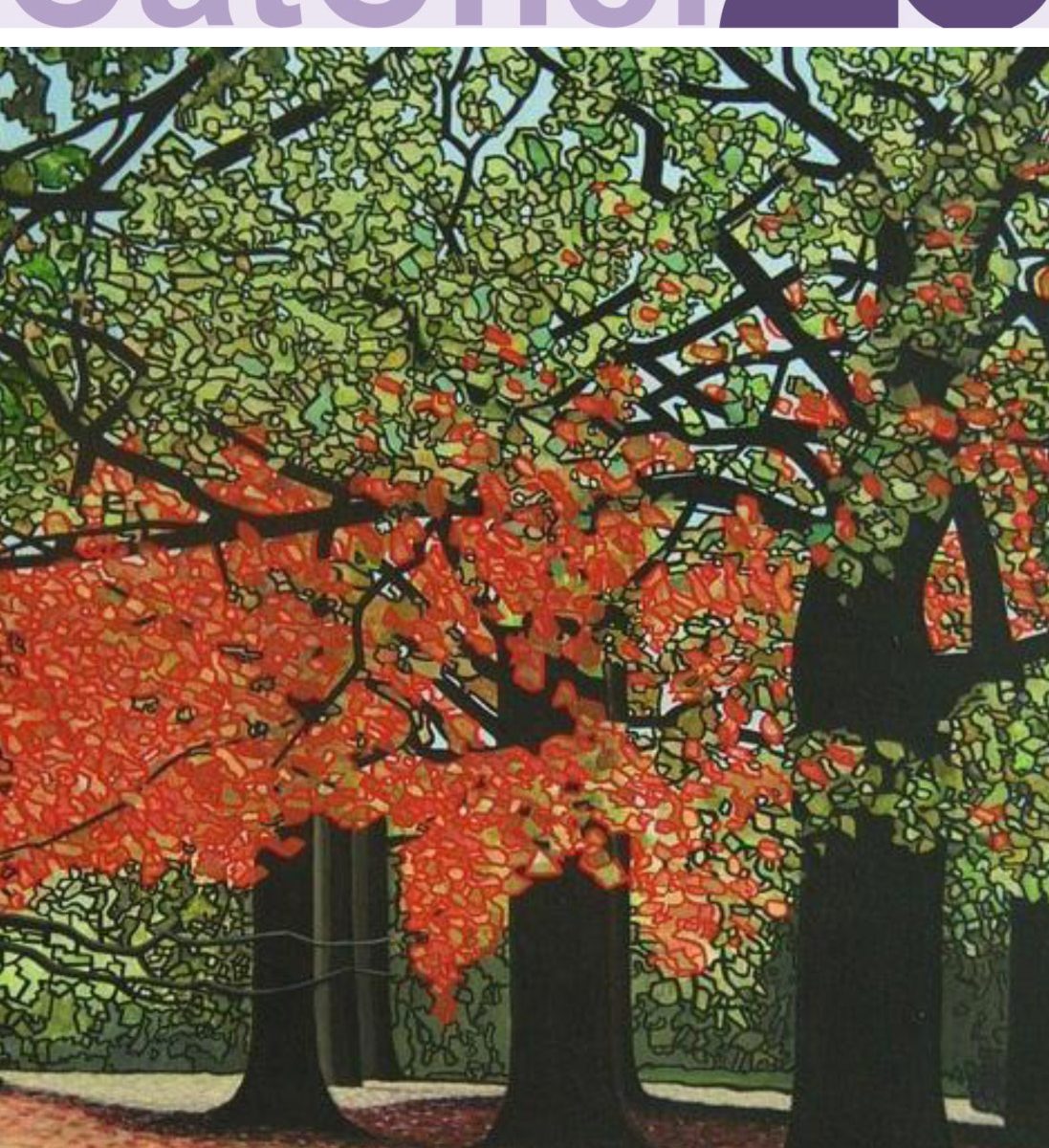 Issue 26, in the journal’s eighteenth year, sustains its tradition of excellence and diversity.

At each page-turn the unexpected and startling hits the reader, a prose poem about ‘Black River Snakes’ from the American writer Rebecca Buchanan  or a translation from Lorca ‘Sleeping Ballad’ by the highly respected British poet Martyn Crucefix. To name only two.

Dream Catcher is diverse in extreme, planting its feet in ancient Rome and the futuristic Strip. It stretches across centuries, but also over the globe, from Hong Kong snap-shots to Butlins.

Writing can be inspired from art: Franz Kline, Edgar Degas

, Bonnard, Vermeer and Cezanne are sources in DC 26. Artwork creates another texture to this multi-layered journal. The works of Vincent Berquez, the featured artist, dramatically depict nature but suggest leaps into other domains of imagination. They query what is natural? – revealing its strength and vulnerability.

Variety expands as one reads: great differences in literary forms emerge: poems with refrains to the free-est of verse, complex to simple, letter-poems, monologues, narrative poems, lyrical pieces, and short fiction in  many guises. What is poetic? What is excellence? DC makes us ask.

Subject matter varies as much as form. Historical, social commentaries, highly political to the utterly private, the personal and family, the mystical and inscrutable, all are represented.

Where there is diversity there is struggle to recognise differences. Dream Catcher echoes the battle between male and female perspective, community and the individual, the difference between living years in one place, ‘belonging’ and being an itinerant, a comer-in, ‘estranged’ between being able-bodied and being ‘loss’, ‘un-hinged’ and desperate. DC 26 tackles mental health issues in various stories and poems, what’s the difference between sanity and insanity, what’s real, unreal and sometimes surreal? Every page is a rich creative field for these queries.

Dream Catcher is a thinking journal, with an article about the rising status given to pamphlets in the current literary scene, followed by wide ranging reviews of booklets, collections and again the unexpected text. It doesn’t only present writing, the journal reflects on where ‘literature’ is.

Mario Susko (a long-standing contributor) in his ‘Landless Scribes’ epitomises Dream Catcher’s aim – to be un-prescribed by national boundary or any imposed preconception about ethnicity, gender, culture, social order, ability, sanity etc. to create a platform for landless scribes (because they exist) to offer their visions, observations and experiences. DC 26 is such a platform.

Dream Catcher contains as much fiction as poetry, and is as much national as international. It knows no barriers or borders. It aims for diversity and excellence, to encompass all subjects and all forms of writing, to represent the contemporary world’s cultural mix, to explore subjects that arrest us today. Contemporary Writing for Contemporary Readers.