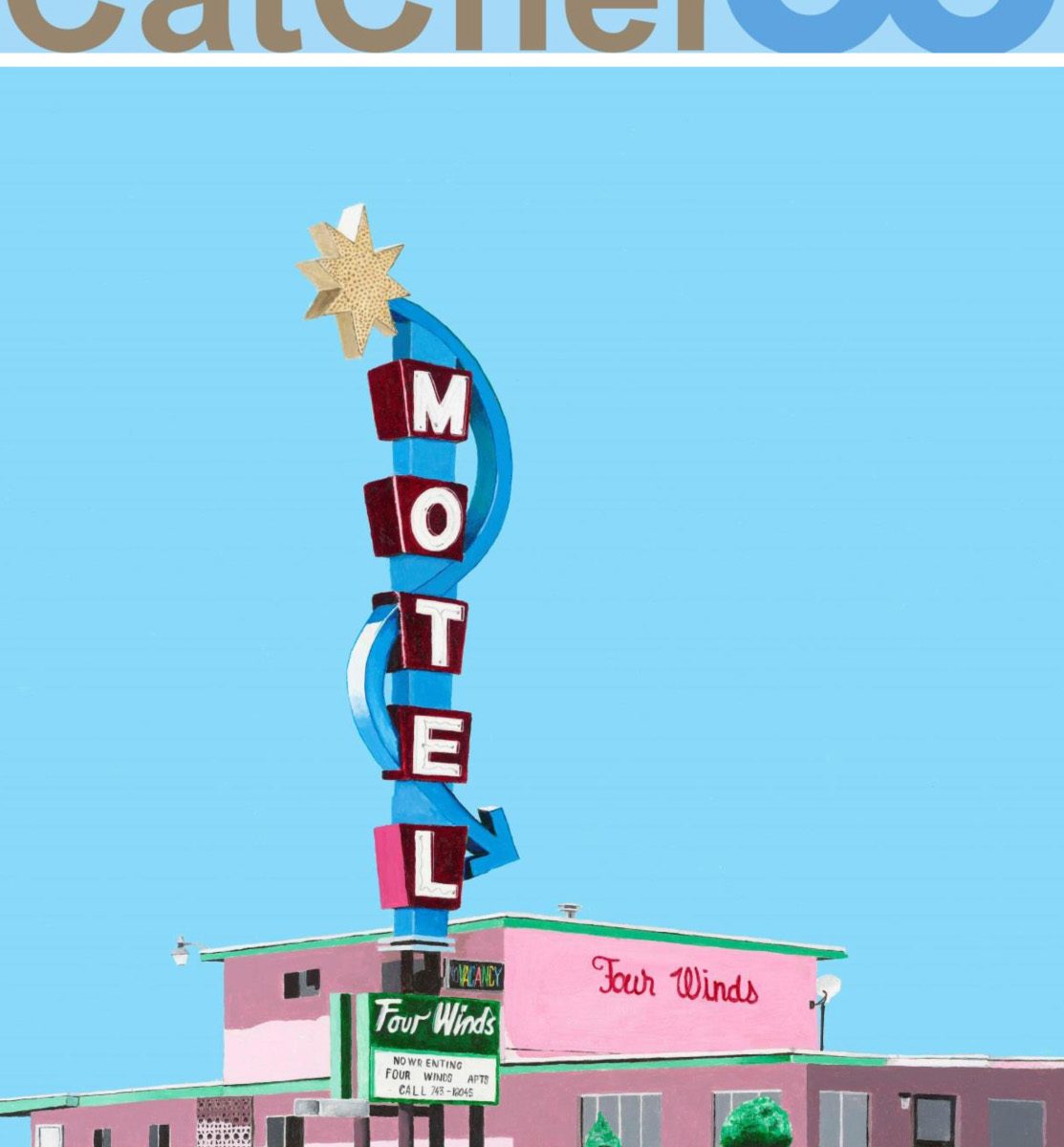 In Dream Catcher 33 we range far and wide. To the US in Summer, its baking highways with their drive-in diners and lonely motels, its small-town main streets and car lots, all evoked on the cover and the inside series of building portraits by featured artist Horace Panter. His work is described by Art Editor Greg McGee as a “pop art homage to what is a Kerouacian yearning to travel to altered states, to adventure, to expand horizons: to remaster, in a sense, the myth of The American Dream.”  And we travel too, in poetry and prose, from the intensely local, Colin Speakman’s stile not taken, to Claire Booker’s far away (or are they?) desert islands. Diana Powell’s story of 17th century domestic intrigue is close kin to Merryn William’s contemporary take on neighbourhood spying.  Roger Harvey revisits WW1 air ace Manfred von Richthofen and David Susswein brings us face to face with massacre in Africa.  A disaster in Bradford exactly 100 years ago, and a wreck on the Yorkshire Coast in ’76. There’s a new take on old stories, Oda Dellagi on Cinderella, Carol Coiffait ‘s Diana, and a back to front tale about his famous namesake from Mark Carew.